Over the last few weeks I have made significant progress on the core parts of the space simulator engine. Although some changes were made under the hood (more sensible organization and rendering), the most noticeable are the addition of model material support and shadow mapping.

Model materials are a feature that have been a long time coming. Models used to support only one mesh and a clunky and simplistic shading model. With this latest update, models can have an arbitrary number of meshes (performance-limited) and can compile flexible shaders on the fly. Although the current demo shader continues to use the Phong shading model, I am looking into implementing a more complex Physically Based Rendering (PBR) model. Textures are also implemented, but have a few bugs associated with them. Check out a rendered scene with multiple materials below! 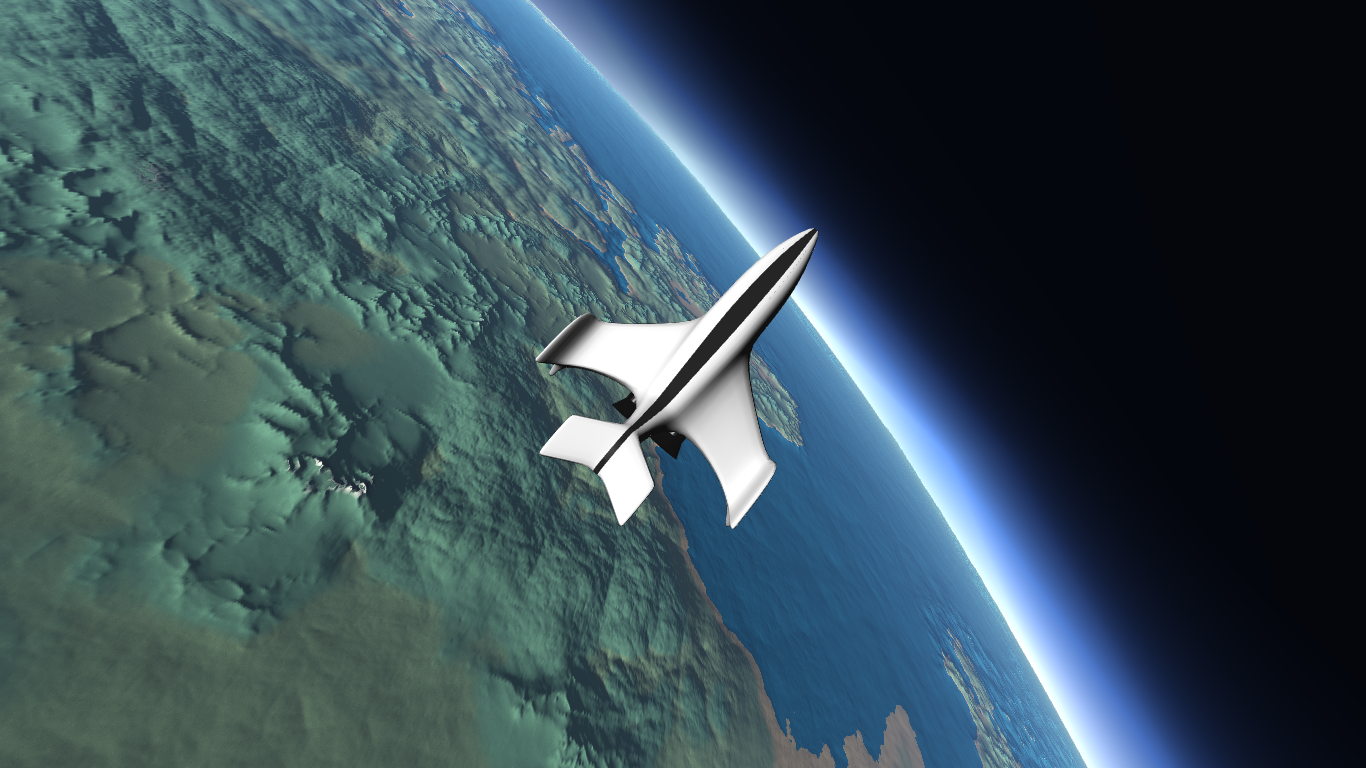 A new system was needed to provide high fidelity shadows both on the ground and at altitude. I had started the skeleton of Cascaded Shadow Maps (CSM) nearly a year ago and was finally able to get the feature implemented. Although it still has some bugs that will need to be ironed out, shadows give the rendered scene a greater sense of depth. 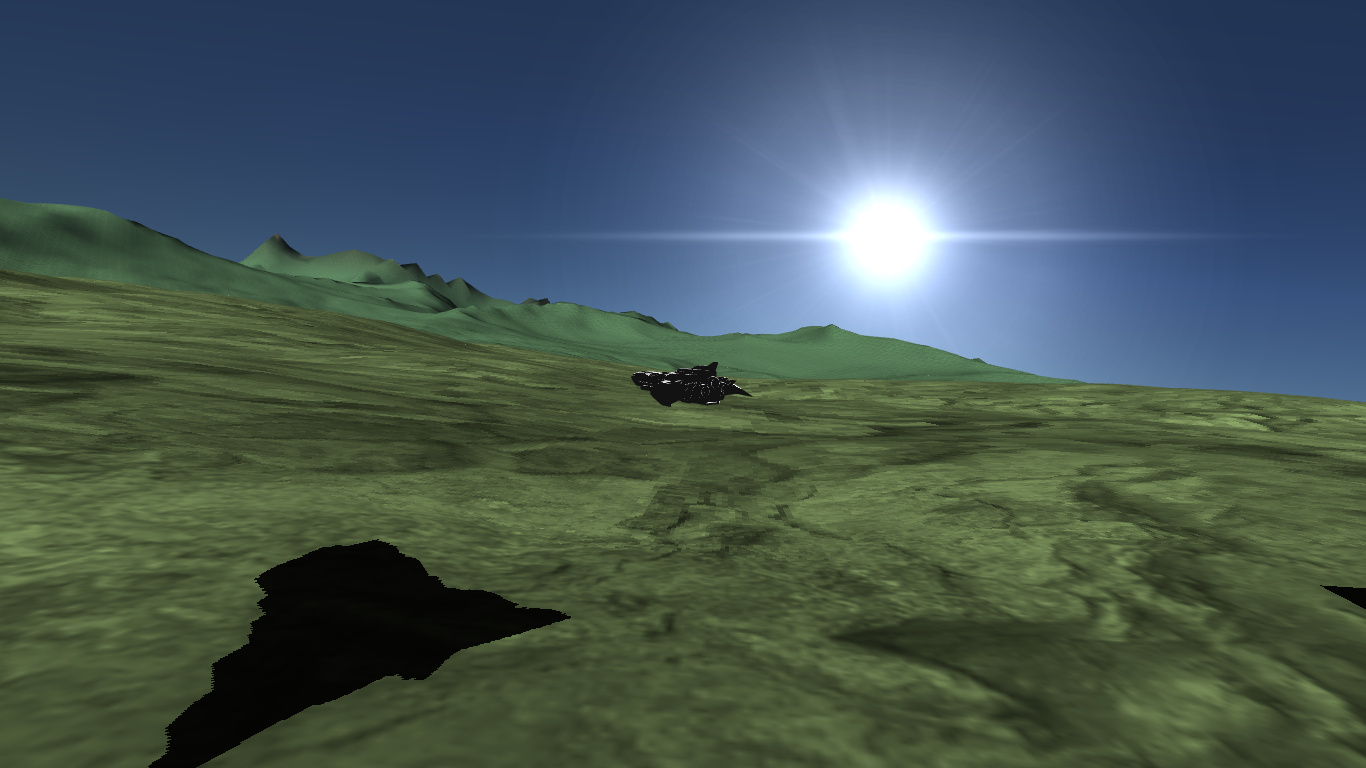 These are just a few of the most obvious updates. A rudimentary cockpit system is in place that will allow the player to have a first person view from the spacecraft. I am currently working on improving the rendering model a bit, and then I will move on to adding fidelity to the planet and surrounding solar system. Stay tuned for some exciting updates and a possible official public demo release soon!